If you're interested in seminary or divinity school, then you may wonder about the difference between the two or if there even is a difference. Traditionally, yes, there is a distinction between the two although it's not as important as you might think. Ultimately, you need to find a school that suits your needs, but there are some differences you should know about. 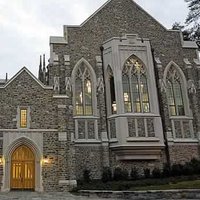 Another usual difference is that seminaries tend to have stronger ties to a particular denomination than do div schools. As such, you will often find students at seminaries who are preparing for traditional church ministry more so than at div schools although this difference doesn't always apply. Divinity schools are also seen by some as more "academic." It is true that they have the resources of a university from which to draw upon; however, many independent seminaries (including my own alma mater) rival any div school with the level and breadth of course offerings.

Exceptions to the "Rule"

There are, of course, exceptions to this broad distinction. For example, Baylor University has professional programs as part of its offerings, but their theological school is Truett Theological Seminary. However, part of Truett's mission is to specifically prepare students interested in Baptist ministries. While there are students from other denominations and with other interests present, the primary focus of Truett is to prepare students for Baptist ministry. As such, the naming of the school as a seminary is more appropriate, given its specific focus.

So Which Do You Choose?

So, at this point you may wonder which type of school would be the best fit for you. Personally, I don't think you should fret over whether you go to seminary or div school. What matters most is finding a school that is the best fit for you and your specific needs. For example, if you're preparing for ministry in the Presbyterian Church (USA), it might make your journey easier to attend a PCUSA seminary. However, if you're pursuing ordination in a church that ordains at the local level or if you're interested in attending graduate school in theology, then either type of school should suffice.