The list of unaccredited seminaries and divinity schools will certainly upset some people. When you go on record as saying that people have attended or are attending a particular school are basically wasting their time, getting ripped off, or made a poor decision, you need to be able to justify your claims. So I want to make sure that everyone knows how I decided to include the schools below in the list and why I included the schools I did.

The unaccredited seminaries below are actually some of the most commonly sought after seminaries in Google and other search engines. For one reason or another, the schools below are fairly popular search terms, perhaps because of the concerns that students have (and rightly so). As a result, these schools made "the list" simply because of their search engine popularity. Nothing more. So that's the how. 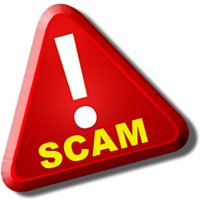 The "why" will prove to be questionable to some, particularly if they are associated with one of the below schools. However, I stand by my reasoning. None of the schools on this list are accredited by either the Association of Theological Schools (ATS) or one of the six major regional accrediting agencies (e.g. Southern Association of Colleges and Schools).

The facts say otherwise, however. TRACS schools are on the whole substandard, and the history of the agency is tainted with charges of favorable treatment and weak standards. Contrary to what these schools' cheerleaders argue, the quality of the accreditation does indeed matter. If you attend a seminary that isn't ATS or regionally accredited, your chances of getting into a quality doctoral program are basically nil, if that's a path you wish to pursue. For all intents and purposes, these are unaccredited seminaries.

Perhaps more of a potential issue that can affect more students is transferring to another institution that doesn't accept TRACS accreditation, which many will not, depending upon the institution. After all, accepting transfer credit is a school's way of vouching for another institution. This is one of more popular reasons why I list these schools to avoid as you're searching for seminaries or divinity schools.